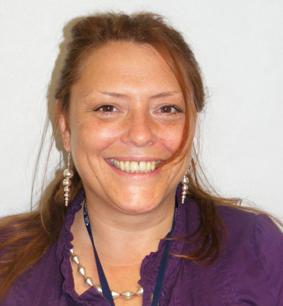 I was 24, in my final year at college and was planning to go to university when I was diagnosed HIV positive in a small town in Yorkshire. I had been for the test having had a zero-conversion illness some months earlier. I received pre-test counselling for about an hour and the counsellor went through some of the issues and made an appointment for me to come back in two weeks’ time.Three days later I received a letter from the clinic that just about made me choke on my cornflakes. It was a Friday and the letter said that I must attend the clinic first thing on Monday morning as a matter of urgency. I knew that this was not an invite to discuss the weather or the price of fish. I remember looking at my mother sat in the chair and I wondered how much older it would make her if I told her but tried to contain myself and look normal.

On my way to college I ran down a hilly field near my parents’ house screaming loudly and crying. I remember standing at the bottom of the hill looking at the letter and telling myself that it meant nothing, that I was no different today than I had been the day before, the week before, the year before. I was still me. I told myself that I was a big strong woman and this is a tiny little virus. Trying to get the results that day only confirmed my fears. The counsellor told me she could not give the results over the phone and that I had to see the consultant on the Monday. Somehow the world around me looked different, like seeing through different eyes. I knew that nothing would ever be the same again.

I took all eight of my friends from college with me and they paced the waiting room whilst I went in to see the consultant. The consultant confirmed what I already knew and though I was offered post-test counselling it seemed a bit pointless as I had been thinking over the weekend about what the diagnosis meant. I was glad it was me and not one of my college friends. I thought I was better equipped to deal with it. There was something about having a battle on my hands that excited me. It was like I had a quest.

I was the first person to be diagnosed at the clinic, but was soon joined by Eric who introduced me to a world of wonderful gay men. My openness about my status, large bosoms, vulgar humour and acid tongue made me very popular and as there were very few services for women outside London, they became my support network.Telling my parents was awful and though my mum never flinched at the news just saying ‘never mind love, just live life as healthy as possible’, my dad was visibly heartbroken that his baby might die before him. It felt like I had really let them down but I know that they are intensely proud now.

I finished college in the September and went off to university to do a degree in Peace Studies. By this time I was also doing talks raising awareness in schools, with social workers, healthcare workers and conferences with the National AIDS Trust. Over the years HIV has (and continues to) throw up many challenges, but it’s also brought friends and a life that is full-to-brimming with laughs and love.